Unofficially known as blackmail, extortion (stealing by coercion) represents a serious offence in Canadian Law. In some cases it can lead to years in jail or lifetime imprisonment. For that reason, having a good criminal lawyer who is experienced and works in their client’s best interest is crucial. For example, sometimes words are taken out of context or there is a reasonable justification that explains how someone didn’t intend to extort the money, and a skillful lawyer will know how to recognize these key elements for defense.

The crime of extortion may involve intimidation, threat or violence used to interfere with somebody’s freedom of choice. The level of threats or violence imposed is not as important as the offender’s intention of inducing the other person to act in a certain way for the purpose of getting “something”. The definition of “something” is pretty broad and includes even sexual favors or financial gain, for example. It is not necessary that the person who utters threats says that she or he will personally implement them.

Extortion is often connected with white-collar crime and drug trafficking, where financial gain is the usually the main motivation. When a large amount of money is involved, violence and intimidation are most often the means by which to enforce the desired outcome, resulting in criminal convictions if caught and found guilty.

If we look at the rate of police-reported crimes of extortion per 100 000 population, we can see that the rate of this type of crime was decreasing until 2005, after which it started growing again. 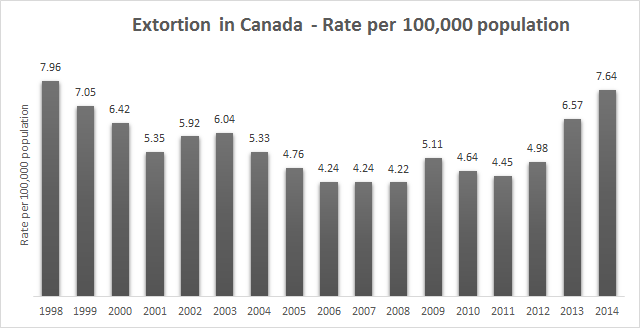 Also, the percentage of this type of crime out of total reported crimes is rising across Canada overall: 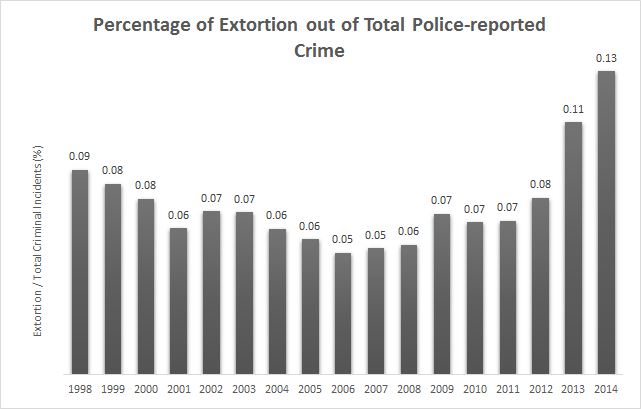 Where does this crime happen the most? What provinces are most susceptible to extortion? Let’s look at the statistics for this type of crime for all Canadian provinces, Ontario being one of them. 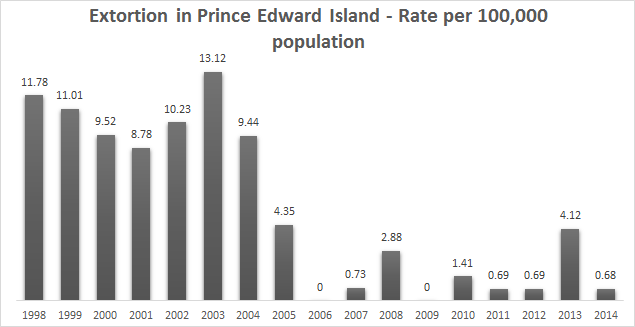 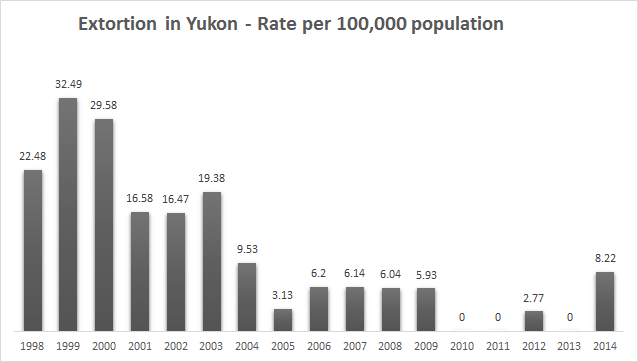 What’s most noticeable about these statistics  in the northern provinces and Prince Edward Island is that the highest extortion crime rates are more than double the number from the other provinces’ highest rates below.

Also notable is that the extortion crime rates for the above provinces are inconsistent, dropping completely for entire years after having previously ranged in the 30’s.

In contrast, other provinces with higher urban populations, not only have more consistent crime rates for extortion, but also the rate never drops completely.  Take a look: 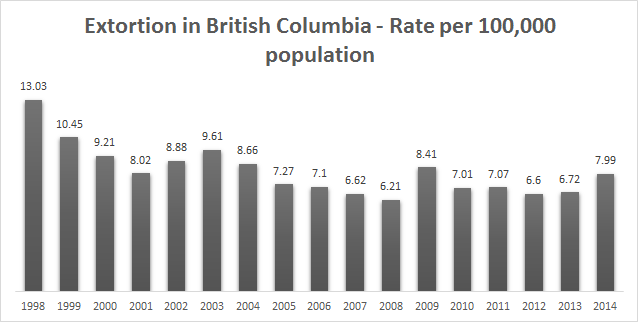 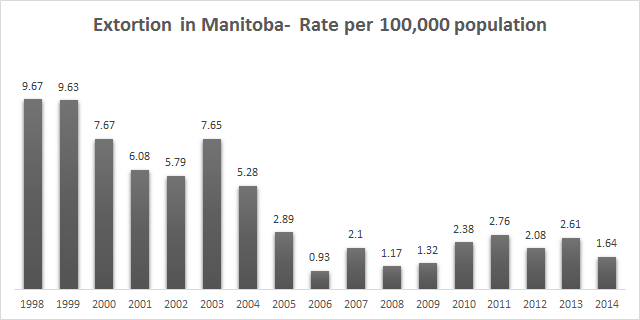 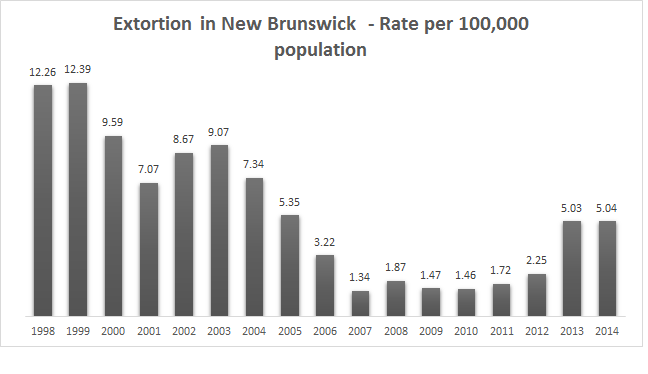 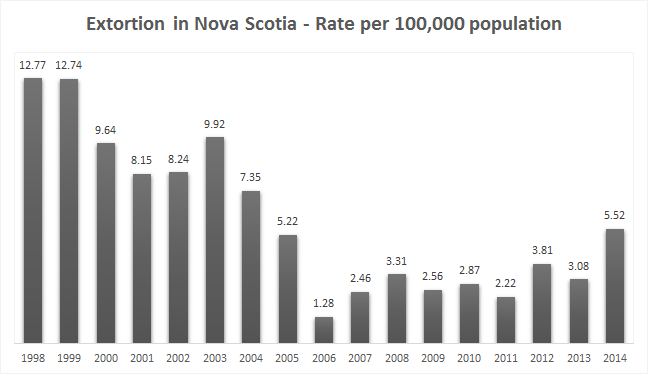