Defined as any violence that involves the use of a gun or firearm, gun violence is something everyone is familiar with, whether or not they have been personally involved in a related incident or not. Gun violence can include incidents ranging from gang related walk-by shootings and homicides to random public shootings and armed robbery.

According to Statistics of firearms Canada, there were approximately 5,600 victims of violent crime in 2012 across Canada with 172 of them being victims of firearm related homicides. In 2014, that number decreased to 156 in total.

Toronto is no stranger to gun violence. In fact, 2005 was Toronto’s worst year for gun violence. Known as “The Year of The Gun”, it saw 52 shooting incidents documented for the year, resulting in 16 deaths between January and June. That was 11 years ago and the city is moving towards yet another big year of gun violence.

With gun violence increasing in Toronto, we’re taking a look at gun violence in 2015.  The following visualization is a collection of data that summarize where gun related homicides have occurred in Toronto in 2015. 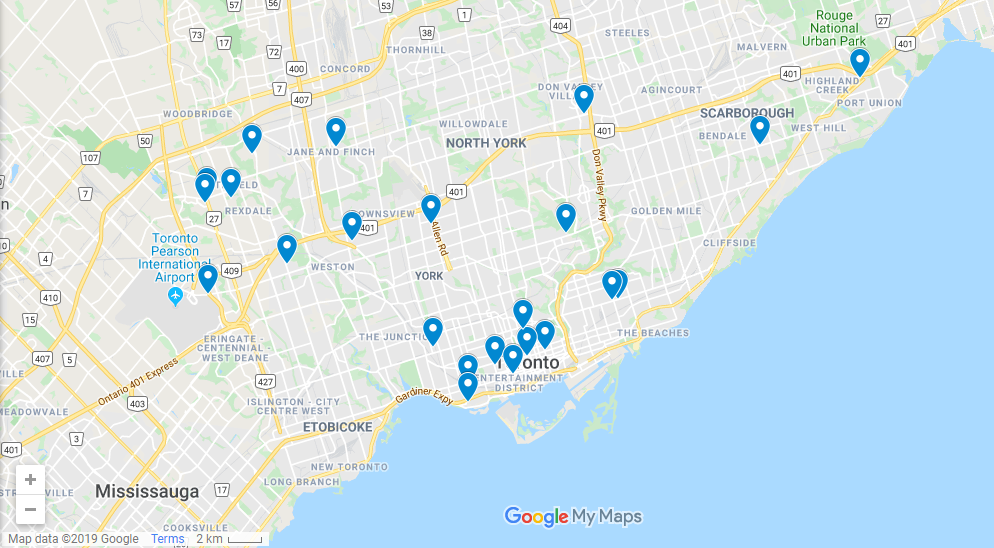 Within the year, most 2015 gun related homicides were located in the downtown Toronto area. The next most popular region was the Rexdale area with a number of deaths occurring northwest of downtown Toronto.

Toronto’s YTD gun violence statistics don’t look positive for 2016.There have been a few theories on the rise in gun violence.  From carding, a rise in the number of guns on  the street to changes in gang behaviour, the exact reasons behind the increase in gun violence are. Here’s a look at where gun homicides are happening across Toronto in 2016 so far: 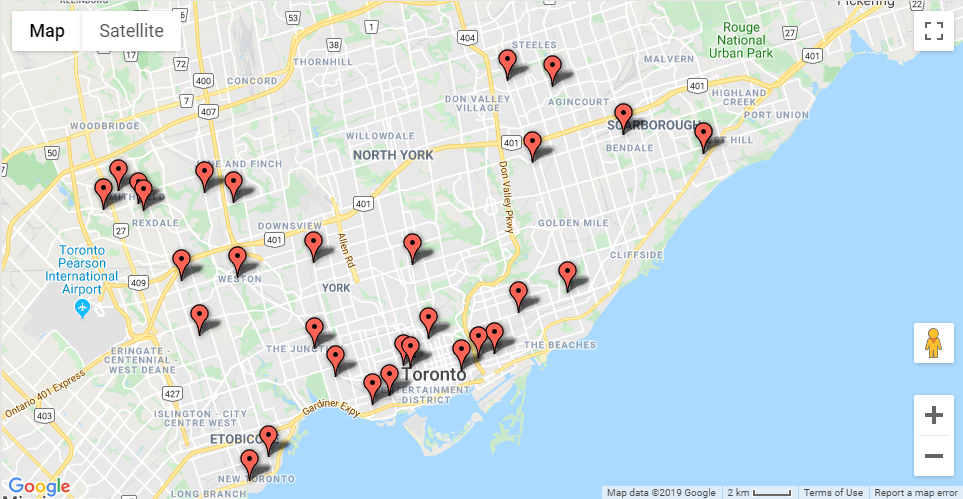 As of November, Toronto stands at 358 shooting incidents with 33 resulting in gun related homicides in the Greater Toronto Area. In one or two cases, shooting incidents involved two deaths or occurred twice in one day, just hours apart.  According to news reports, most incidents that resulted in death were either gang related, targeted or as a result of drive-by shootings. With one more month to go before 2017, we still have yet to see if those numbers will increase.

Gun related violence is serious, no matter where you live in Toronto. Thus, if you’re accused or involved in some form of gun related violence or crime, get in touch with an OMQ criminal defense lawyer to find out what your options are.