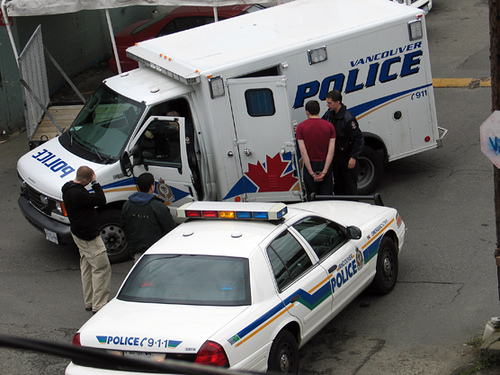 Bail hearings are an important stage in the criminal court process because it determines if the accused individual will be held in custody until the matter is resolved or released to the community. Time spent in custody can be months or even years.

A bigger part of bail hearing occurs in the Ontario Court of Justice before a judge or justice of the peace who decides if a person should be released to the community or not. Arrested individuals have a right to appear in front of the court 24 hours after the arrest. For this reason the bail court works every day, even on weekends or holidays.

In situations when the Crown attorney consents to the release of the arrested individual, the lawyer is able to work with him or her to negotiate release conditions.

Sometimes the Crown attorney may request a three-day adjournment of the process in order to bring proper paperwork before the court.

What factors are taken into account when deciding on someone’s release on bail?

The court considers three grounds when deciding about a person’s release on bail: primary grounds, secondary grounds and tertiary grounds. Based on primary grounds the court considers whether the arrested person will come to court for all appearances. Based on secondary grounds the court evaluates if there is substantial likelihood that the person will commit further offences while being out on bail. And the tertiary grounds involve factors of public interest. The question the court asks is whether it will be in public interest to release the arrested individual on bail while waiting for trial.

How to address all three grounds?

The right way to do it is to present a release plan which usually includes using surities. Surity is a person who takes legal responsibility for the accused and pledges a certain amount of money to the court. This way the court is ensured that the arrested person will make all necessary court appearances and follow all the rules imposed by the court. In majority of the cases this doesn’t mean that the surity is required to actually pay cash, but rather pledge a certain amount of money to the court. The monetary pledge ensures that money will be paid if the accused individual doesn’t follow the conditions required for release. Such conditions may include a curfew, boundary conditions, a requirement not to communicate with certain people etc.

Once the plan is released to the court, they determine if the individual will be released or not, and whether the conditions are appropriate for the release.

A criminal defence lawyer prepares a representation to the court and explains using all possible legal arguments why the arrested should be released. That is why it is crucial to find a lawyer who is experienced and knows how to act in said circumstances.