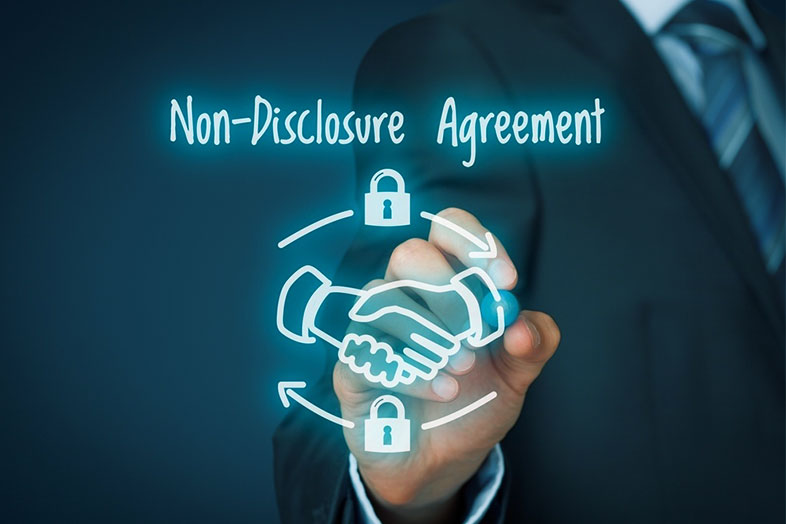 When your company is merging with another company, or you want to acquire assets from another company or vice versa, or you want to arrange a joint venture, you should not forget the risks of sharing your confidential information and intellectual property with other parties. To protect your confidential documents, ideas and data during the process of a merger or asset acquisition, it is standard course to ask the other party to sign a non disclosure agreement (NDA). This NDA should ensure that the receiving party will only use the information for the purpose of evaluating the transaction and that neither party will disclose the existence of the negotiation.

Unlike standard non-disclosure agreements you may find online, an NDA for mergers and acquisitions may require specific changes because elements involved in this context may be highly specific.  In potentially transformative transactions, such as a mergers & acquisitions, every detail should be closely considered. That’s why it is important to consult a corporate lawyer to help you conduct an agreement that will protect your business information and intellectual property and avoid possible traps of this standard, but very important agreement.

Difference between mutual and non-mutual NDA

If the company you are merging with doesn’t have confidential information that has to be protected by the non disclosure agreement, or they aren’t concerned about protecting their information, they can sign your non-mutual NDA. In cases when both merging companies want to protect their information and intellectual property, it makes sense to sign a mutual NDA. Have in mind that a standard non disclosure agreement is likely not drafted with mergers and acquisitions in mind, and you need to make changes with help of your corporate lawyer – or work with a precedent specific to this style of transaction.

The key elements of a non disclosure agreement Canada

In a nutshell, your non disclosure agreement has to cover these elements:

If you need professional help with conducting an NDA you can contact our mergers and acquisitions lawyer today and get a free consultation.

Different types of confidentiality and NDA agreements for mergers & acquisitions

Apart from mutual and non-mutual NDA agreement, there are other specially designed confidentiality agreements that may suit the different needs of mergers and acquisitions.

Multiparty confidentiality agreement (Long form) – when there are more than two parties that will merge and disclose information.

Confidentiality pro-discloser agreement – when one party wants to disclose the confidential information to another party on favourable terms to disclosing party.

Confidentiality agreement (trade secret) – when one party wants to disclose a trade secret to another party.

Confidentiality agreement (share purchase) – when one company wants to acquire all the shares from other company.

In cases when a company wants to merge or to buy the assets of the other company, the selling company may require the acquiring company to sign an NDA in order to protect any information that will be disclosed during the negotiation process.

If one party breaches the terms of the NDA, the other party may be entitled to damages and possibly particular performance or injunctive relief. The consequence of breaching a contract depends on the terms of the non disclosure agreement. The party that breaches the contract may be subject to legal action depending on the information that is protected by the NDA. Every NDA should contain the clauses about breach of contract.

It is never too late to resolve a dispute that can come up before or after signing an NDA. Being on bad terms with the other party can only result in losing a merger, joint venture partner and generally ending a business deal.  More importantly, early friction in the relationship between two parties may be a warning sign, on a strategic level, that may signal potential difficulties in closing a deal. Rather than rushing to court or killing a deal, sometimes hiring a mediator can help you resolve a dispute on good terms.

Our Toronto mediation lawyer can help you with all the kinds of corporate disputes including those regarding non-disclosure agreements. Call us today to get a free consultation and professional help in the following matters: